Wow, a real life formula that uses the double angle trig. identities!  As you can see, the distance a projectile will travel is a function of:  velocity, gravity, and the launch angle.

is a lot smaller than

.  Conversely, we can also agree that

is a lot smaller than

.  ie: The bigger the denominator (and/or smaller the numerator), the lower the value of the (positive) fraction. 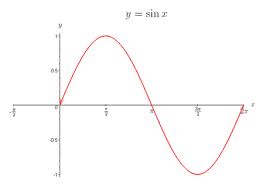 Refer back to the double angle

So, what’s the ideal angle to throw something?  The one that maximizes the value of

So, now you know why the ideal angle in these video games is 45 degrees, and have an inkling of how programmers create classic games like these:

One thought on “Projectiles: What’s the optimal angle at which to throw something? (to maximize distance)”