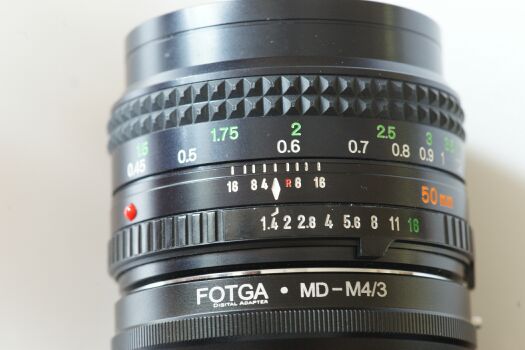 The lens in this photo has a focal length of 50mm.  In general, the higher the focal length, the more zoom you’ll have.  For example, a wide angle lens is between 9mm-24mm, where a zoom/telephoto lens can be 150-400m.  However, let’s focus on the list of numbers on the bottom edge of the lens:  1.4, 2.8, 4, 5.6, 8, 11, 16.   At first glance, this is a bizarre sequence of random numbers.  These numbers allow you to choose the f/stop, which is the ratio between the diameter of the lens opening (aperture) and the focal length of the lens.  For example, for an f-stop of 2 (written f/2.0) the diameter would be 25mm while the focal length is 50mm, because 25mm divides into 50mm two times.  Hence, the general equation is:

Note that when the f/stop is low, it means the aperture is large.  (FYI, the point of a large aperture is to let in a ton of light to improve picture quality).

Next, let’s play around with some numbers and see where this leads us.  The simplest example would be to consider an f/stop ratio of 1 (written f/1.0) on a 50mm lens:  This would mean the diameter of the lens opening (aperture) is 50mm, making the radius equal to 25mm.  Remember the old circle formulas from middle school?  Well, knowing the radius, we can calculate the actual area of the lens opening at f/1.0. 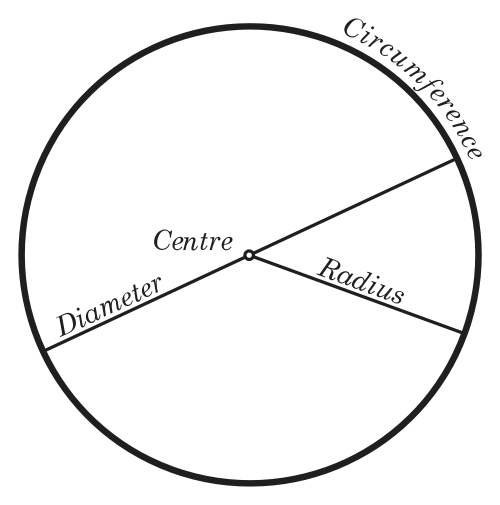 An f/1.4 lens has an aperture area of about 1000.  Do you see any relationship between the area for f/1.0 vs. f/1.4?  If not, I plugged in the rest of the f/stop numbers printed on the lens into a spreadsheet.  What do you notice about the area of the circle for each subsequent f/stop? 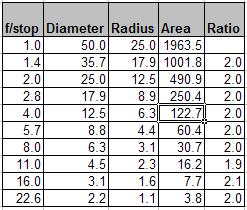 In fact, the f/stop numbers that initially seemed so random actually do have a very precise relationship to each other.  The area of the circle is being approximately halved for each of these f/stops.  Conversely, for each f/stop you drop down, you are doubling the area of the lens aperture (effectively doubling the amount of light that the lens will let in!) Compare f/16 to f/1.4.  They are 7 stops apart, meaning the amount of light doubles seven times.  That means an f/1.4 lens allows 27 = 128 times as much light as the f/16 lens!!  That makes a huge impact on the kind of pictures you can take when lighting is not optimal (indoors, night, etc).  Most pocket cameras are about f/4.  Even an f/2 lens will allow 4x as much light in (2 stops down) 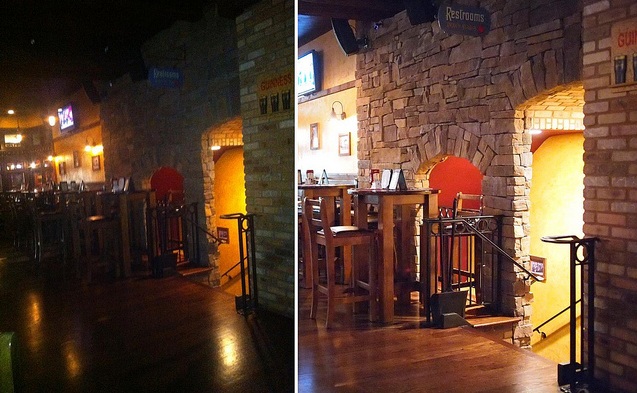