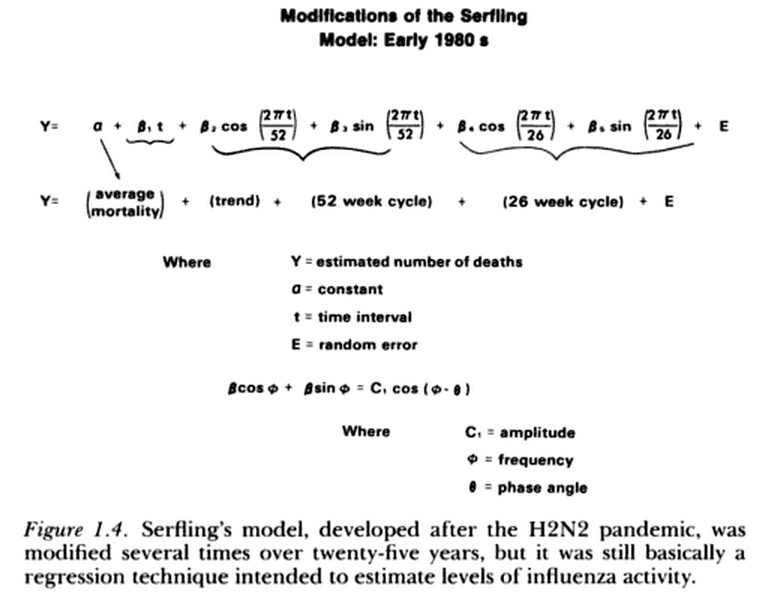 In a nutshell, the sin() and cos() terms are periodic curves, and the weighting of the various coefficients is what allows proper regression fits.  Let’s take a closer look at the formula, and try to make sense of it.

The picture says it all. 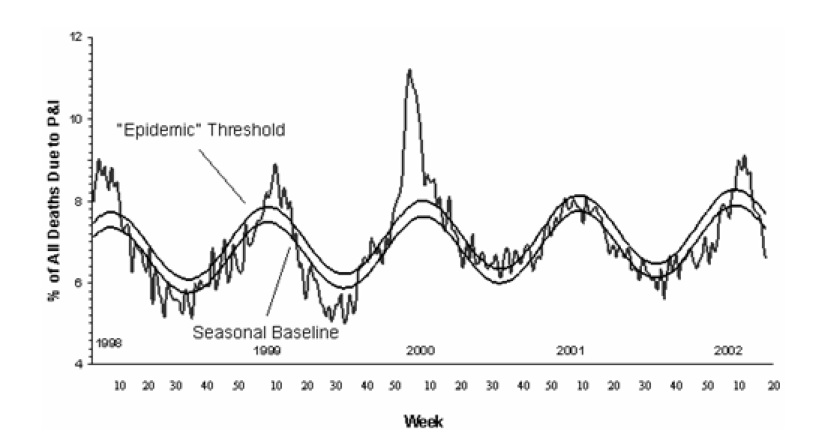